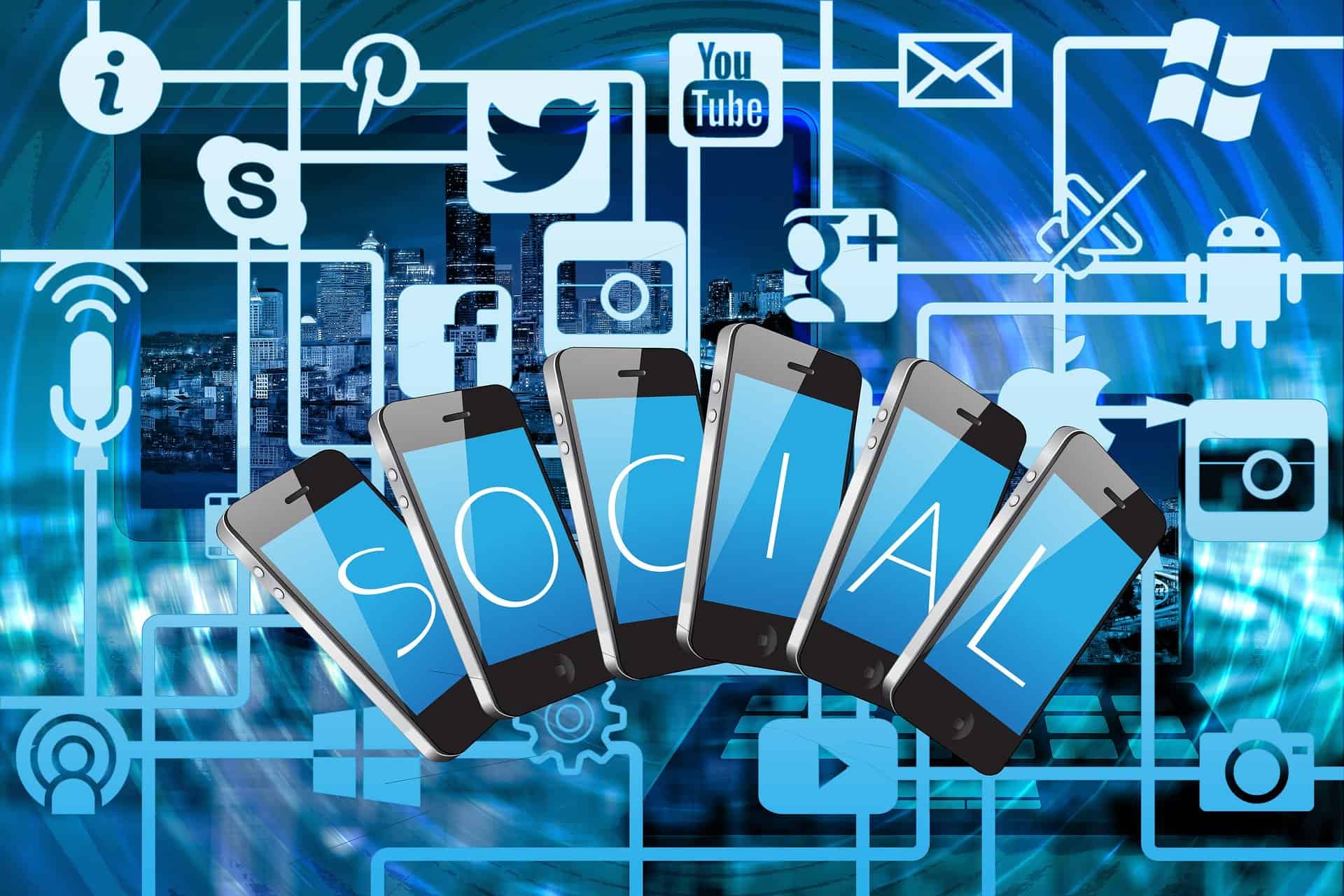 The key factor in achieving success in digital marketing is the right platform with the right strategy. If you want to write your success story in Japan, you really should research which social media, website or app is the most popular. But stay calm! It has already been done for you.

Gaiax research institute for social media marketing has published a statistic based on the information from the Ministry of Internal Affairs and Communications: 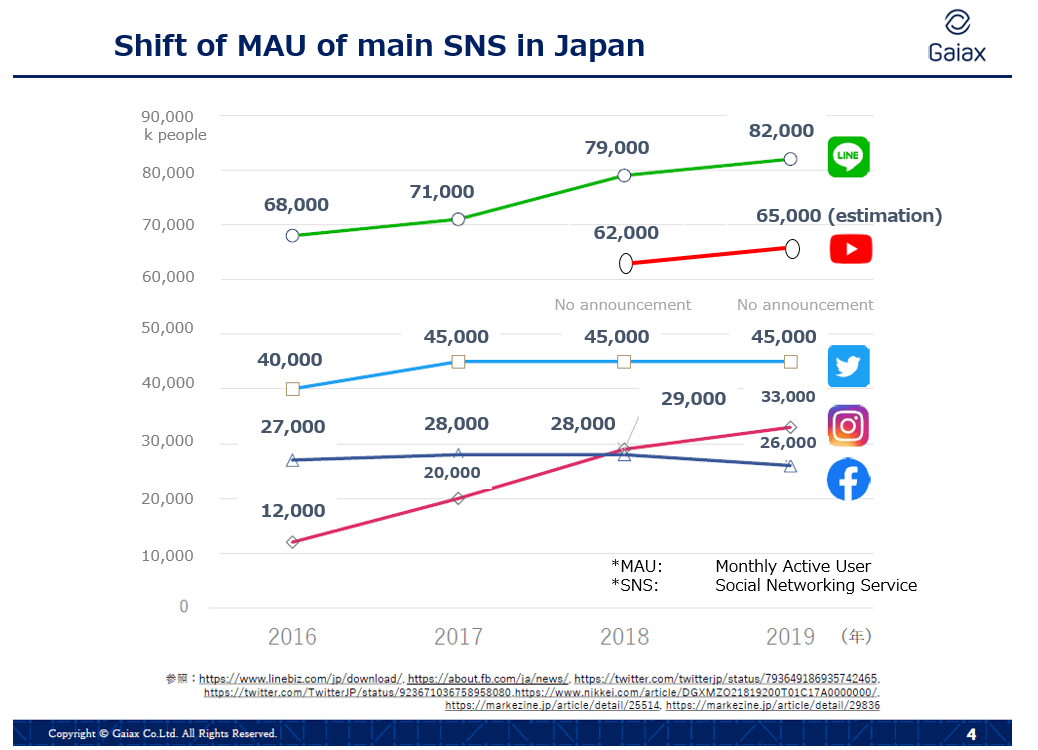 As you can see, LINE, a Japanese messenger, is in the highest place in the chart with more than 80 million active users monthly. As the Japanese population is about 1.26 billion, you can see that 65% of the population is using this app on a regular basis.

Of course, social media apps such as LinkedIn, Pinterest, or Snapchat are used in Japan as well, but the number of users is much less than in the ones mentioned above.

Gaiax has analyzed the advantages and disadvantages of each platform. You may be already familiar with the main features of these apps, as they are very popular all over the world. However, LINE has a rather strong presence in Asian countries. 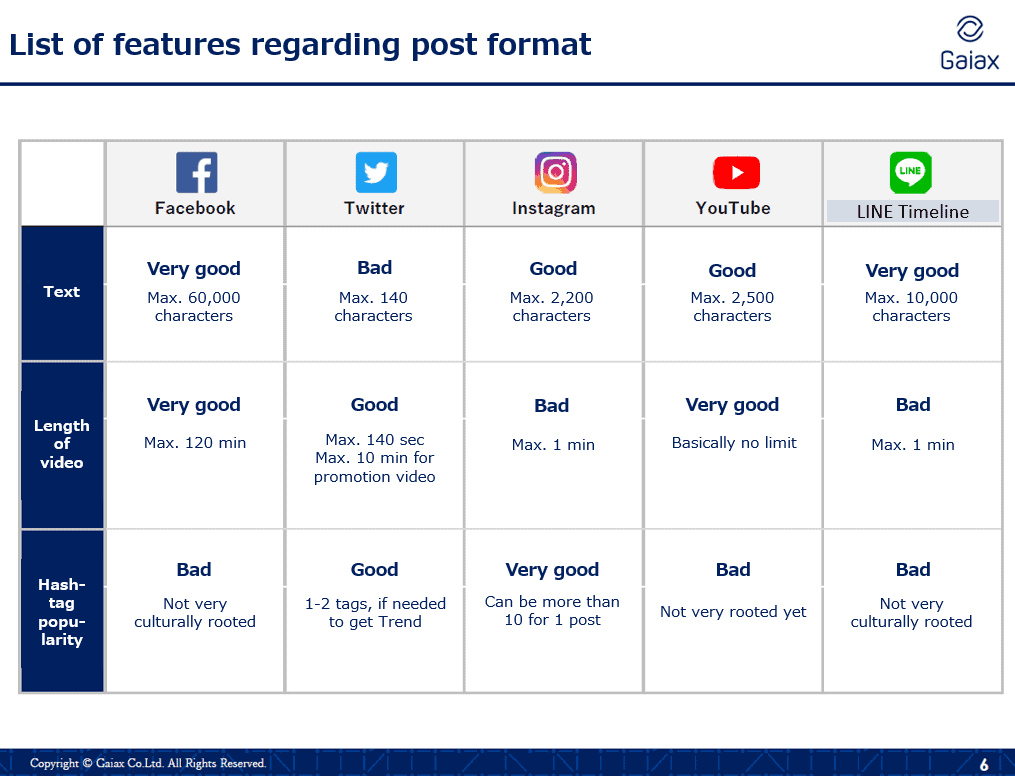 Because LINE is a messenger, your digital marketing strategy for it will differ from the ones applying to the social media apps.

Imagine a Japanese WhatsApp – this is LINE. But what distinguishes it from other messengers is its stickers. They are larger than the usual ones, and can either describe your current feelings or provide a graphic message. 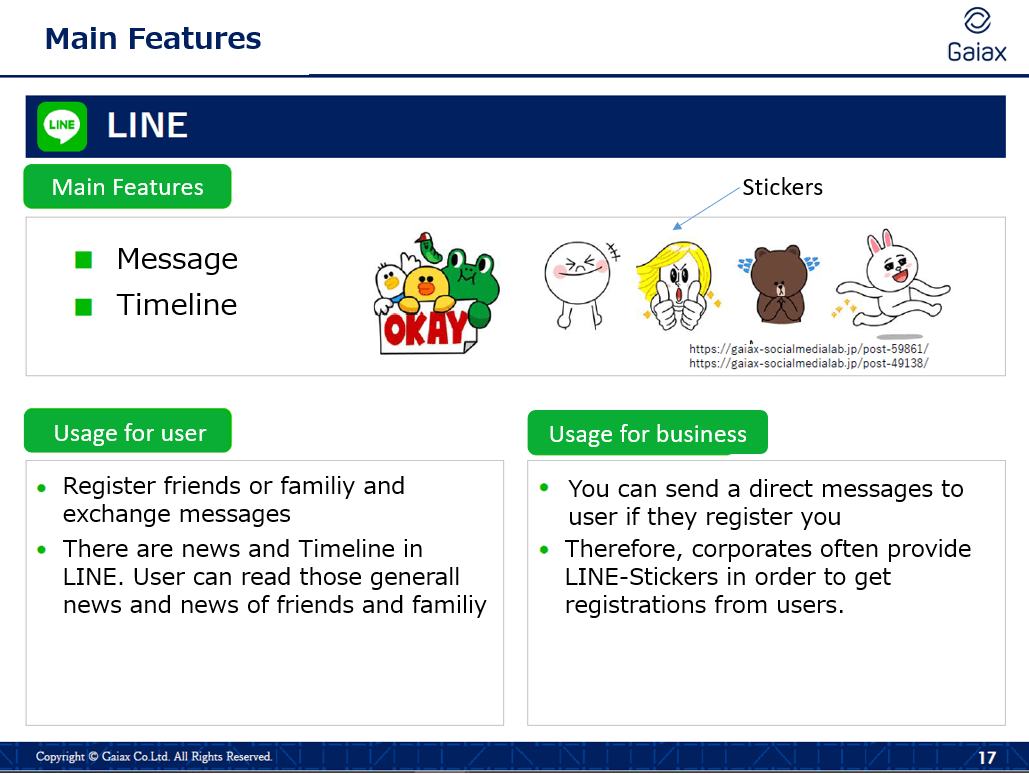 You can also create your own stickers (Guideline), which will help you create a stronger brand image and attract users in order to make them add your account to a friend list. This will enable you to send a direct advertisement to other LINE users.

Here’s how posts are delivered to the users on the platforms mentioned above: 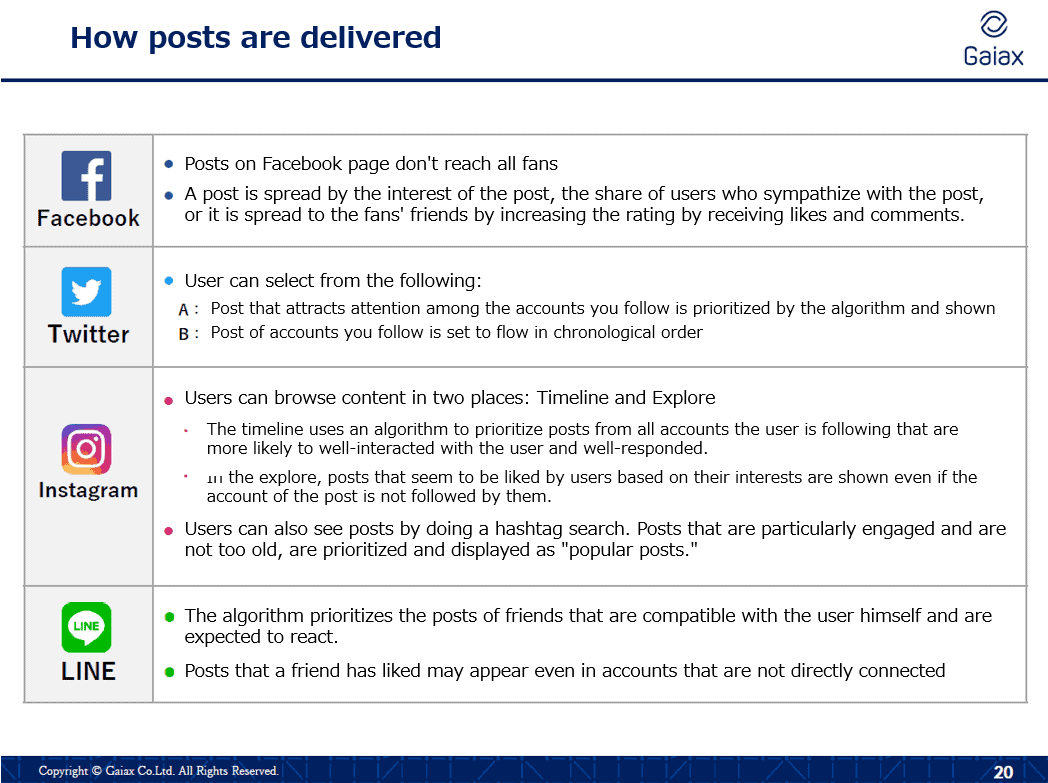 If someone has liked your ad or post, it will appear on their friends’ timeline even though they haven’t added you to their friend lists. That’s how the messenger works:

You’ve read about the most popular social media apps in Japan and an overview of LINE. Now, take a look at some case studies from Instagram and LINE. 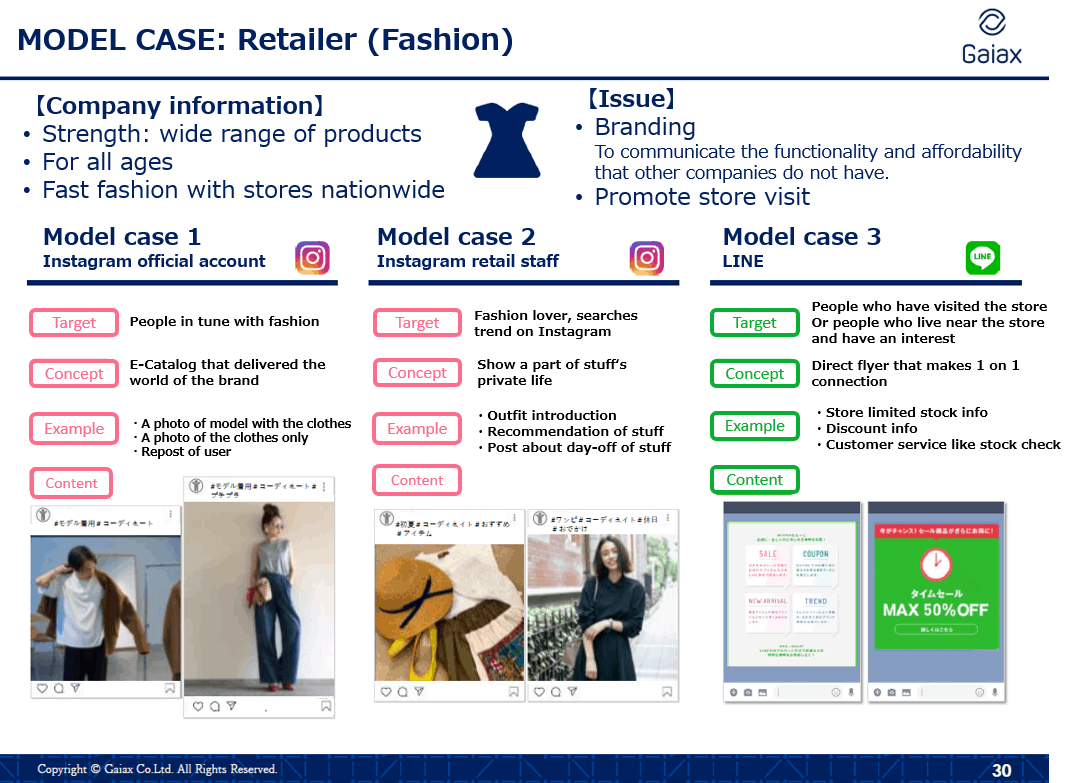 Knowing your target audience and having a clear concept is the first step for a digital marketing strategy. Choosing the right platform is the second one. And, of course, trends, culture, posting schedule, and social media app features must be considered as well.

Black Company: How To Avoid Japanese...

What Japanese Find Annoying About Fo...