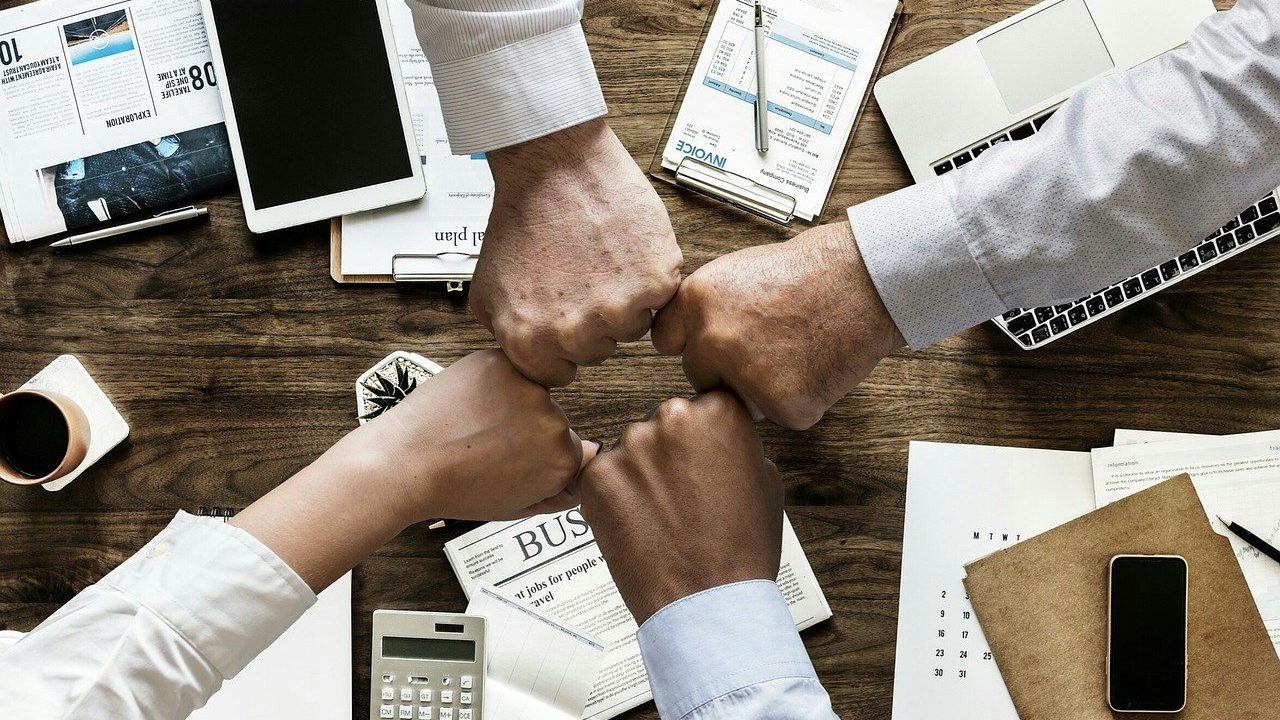 You have graduated with a Japanese degree but don’t know where to start looking? You speak fluent Japanese and want to benefit from it? But on the other hand, you don’t want to leave your home and you would rather stay on the continent? I have good news for you! Nothing is over! Not only in Japan can you find a Japanese speaking job and build network with Japanese people.

Europe and Japan have been having a good relationship since decades and centuries, and as every friendship, sometimes better, sometimes worse. As an island, Japan can close its border from foreigners which has happened throughout history. But besides that, the trading relation between Japan and Europe (especially EU) is quite strong. In this article I will introduce the history of Japanese-European relations, and five jobs that you can use your Japanese knowledge with.

If you want to know more about Japanese companies and job hunting, check out these articles too:
Self Introduction Speech in Japanese for Job Interview with Examples
Working for Japanese company: pros and cons

After discovering America, the whole European continent got excited about unknown territories. Most influential empires sailed their ships to grab as much land as possible from other nations. The first “white person” set foot on Japanese soil in 1543, when a Chinese ship rescued three Portuguese shipwrecked and brought them to Tanegashima, an island in South-Kyūshū. That’s how the getting-to-know-each-other started. And as good colonizers, missionaries arrived alongside traders, Dutch, British, Spanish and Portuguese. These missionaries shot their shots with feudal lords, and surprisingly, they were successful. Christianity bloomed in Japan, many daimyo got baptised and started practicing the faith. The islanders learned about Western sciences; astronomy, medicine, geography, philosophy, literature. And most importantly; weapons.

The country stepped into westernization, until 1600 sekigahara battle, when Tokugawa Ieyasu became winner. Ieyasu, who won the fight for the power changed the country’s relation to Europe entirely. There were signs earlier already that it wouldn’t be so easy to cooperate with Spanish and Portuguese since they made trading depend on evangelization. Ieyasu, however, thought that Japan doesn’t need Christianity, and that’s how the Western ban started. First, they warned missionaries to go home to their country, but later they implemented cruel sanctions. In 1613 Christianity got banned, in 1624 Spanish got expelled. Only Dutch traders could stay on an artificial island, Dejima, but they could import specific articles and science only. In 1636 Japanese ships leaving the country got restricted, and after that the border got closed entirely. That’s how the age of national isolation (Sakoku 鎖国) started.

Japan separated itself from every other nation for about 150 years, until 1853 when American ships reached Tokyo bay, led by Matthew C Perry, who insisted the borders get open. Sakoku turned into kaikoku (開国). Japan could keep up with the world’s political situation thanks to the Dutch, so for their own safety they were forced to sign a very unequal contract and open the border.

But the second wave of westernization is not so dramatic, it’s one of the most significant part of Meiji era starting in 1868. Japan opens to the West again, learn about modern literature, philosophy, science, and change the state administration and economy to western model.

This process has not stopped until today. Japan is a strong link between West and East, and sometimes maybe even the country itself does not know which identity is stronger, but one thing is for sure, Japan can’t be ignored when talking about world economy.

After reviewing the relationship between Europe and Japan, let’s see how it looks like in the job market.

It might be the easiest way to work with Japanese people to go to a restaurant or café. Unfortunately, I have to say it’s very common in Europe that a restaurant is not run by Japanese, so I recommend doing some research about the place before you apply. Furthermore, in general authentic Japanese restaurants are located in big cities. I can’t really imagine a sushi bar run by Japanese in a village with 2000 residents. In big cities on the other hand, we can select from more options, most popular dishes are sushi and ramen.

Usually language skill is not enough to get a more serious Japanese position, especially at an embassy or consulate. Of course, I’m not talking about the cleaning staff or receptionist, but the second one requires a higher level too. If one wants to work in foreign affairs and take part in Japanese diplomacy, one has to own a degree for that.

Japan Foundation (Kokusai Kōryūkikin 国際交流基金) is an institute found all around the world which is funded by the Japanese government to bring Japanese culture closer to foreigners. Not only you can use the library for free but there are events, workshops, festivals and even language courses, but I’ll talk about this last one in the next section.

It’s extremely common that someone who speaks the language on a high level benefits from this knowledge with passing on to the next generation. I have more friends who give lessons either in a language school or as private tutors. Of course, it depends on the laws of your area whether you need to “establish a company” to be a private tutor or you can give lessons tax free.

The other option is language school. Also mostly in big cities can be found institutes where one can learn Japanese, but in small towns there are private tutors. On the other hand, in the modern age online course is not an unfamiliar term either, which makes learning much easier. There’s even a chance to get lessons from a native speaker in Japan, however, it is a bit more complicated because of the time difference.

Long story short, teaching Japanese is one of the easiest and most popular ways to work with the language. Technically, you don’t need any special degree for that, you just have to have a strong language skill and of course, explanatory skills.

Japanese literature has been fascinating the West for centuries; let’s just think about haiku poetry. Of course, it’s not as well-known as German or French literature, but more Japanese authors are internationally famous. This might be the dream job for book-worms, but it depends on how well you can keep deadlines and whether you want to mix your hobby with your work. For example I don’t have much confidence about literary translation as I always feel the urge to change the text, whereas the point of translation is to be precise and accurate. For this reason, being a literary translator requires more than mere language skills. One might think if someone speaks a language fluently can automatically translate too, but it’s far from the truth. You can specialize in translation on Japanese major, but in my case it wasn’t enough either. A professional translator has to do a special course with not only language classes but theory and practice as well. Translation studies are extremely interesting since one learns about many tricks as well as how to express themselves in their mother tongue, which I would like to highlight. In case of translation it’s not enough to speak Japanese on a high level; you must have a rich vocabulary in your native language too. Reading can help a lot, but as mentioned earlier, a course like this can be beneficial as well.

The last direction you can go is to find a company that hires you. Generally speaking, Japanese companies in Europe mostly do business in manufacturing, automobile industry, electronics, camera and such areas. It’s hard to imagine a Japanese event management company in Amsterdam. That being said, interpretation, technical translation, correspondence and such positions can be found at Japanese companies. Of course, more and more company has English business language, and even Japanese companies are becoming more and more international, but still, there are places where it’s crucial to speak Japanese because of co-workers and business partners. It’s good news for us since we can benefit from our skills. On the other hand, it’s important to note, that we might talk about Europe as location, many companies still have Japanese mentality. Hierarchy, overtime, strict rules. You have to be careful when looking for a job, and think through what is important for you in a workplace.

Last, but not least, a few words about location. Since manufacture companies are very common in Europe, a lot of companies have offices outside the city, not to mention factories. So if you want to work in a fancy office on an avenue, you might face some difficulties. It doesn’t mean there are no offices in city centres at all, but before you apply for a position, make sure to check out the location.

Now, let’s see, where you have the biggest chance in Europe!

As you can see, the situation is not as bad as you might think. Many people discouraged me saying I have a good-for-nothing degree and I’ll never get a job, but it’s all about creativity. Of course, there’s some truth in it, and it’s harder to find a job with a mere Japanese degree than a dual one, so I can recommend gathering as many certificates as possible. In Europe, degree matters much more than in Japan, where you can get a company job with basically any degree, for example sociology. The only thing that is important that you have the college degree, the rest is on the company to teach. Anyways, don’t give up the hope, I’m sure you’ll find your place in the world!

Lifesaver guide with template: How t...

Japanese idioms to stand out in dail...