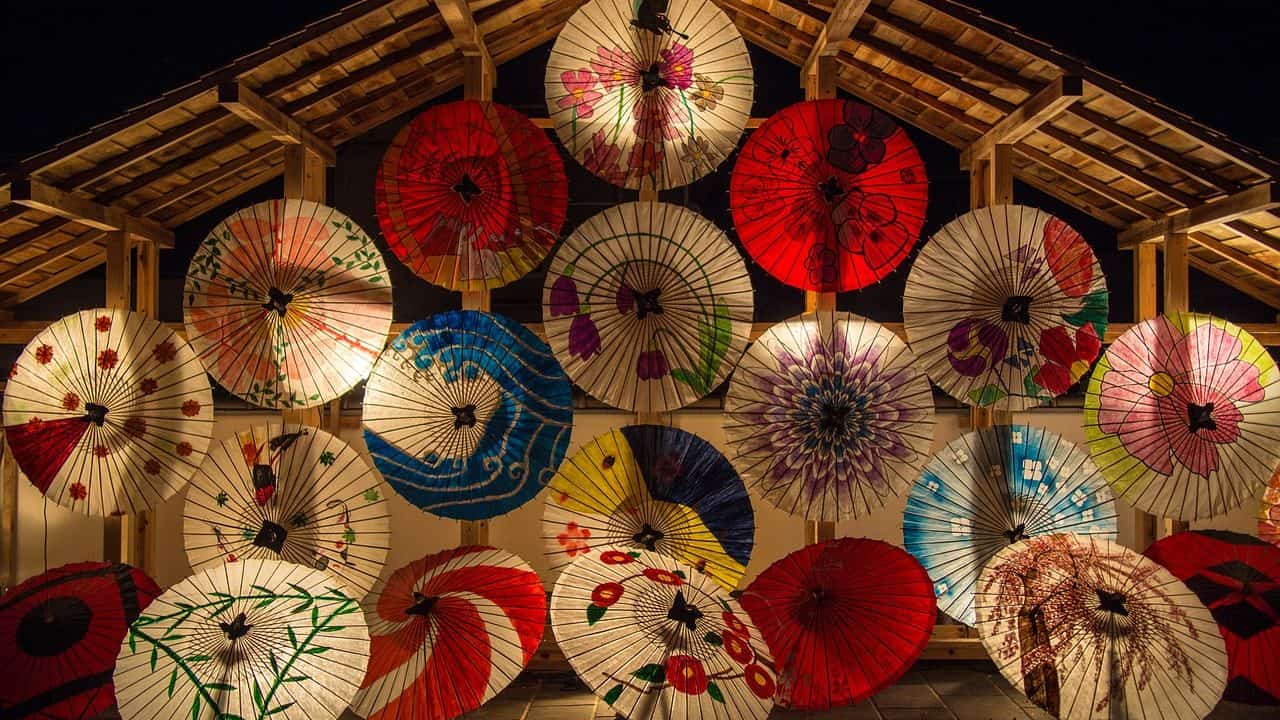 Japan is one of the most homogeneous countries of the world, which means the population mainly consists of “indigenous” people. Of course, it doesn’t mean the culture is monotonous and there are no regional characteristics. Japanese people are very different depending of which part of the country they are from. It might sound as a stereotype but it’s not my intention with the article. I’d like to prove my point with facts, and the easiest way to do that is to introduce dialects.

There are many countries in the world where dialects are still existent, such as Germany, the USA, not to mention those countries where tribes have not assimilated completely yet. It’s a similar case in Japan as well. Although, not like in China, where someone living in one side of the country doesn’t even understand what someone from the other side is saying without interpretation, it’s more like British and American English. Some expressions, conjugation or pronunciation make the difference.

If you want to know more about Japanese language make sure to check out these articles too!

How to count in Japanese? Counter words by categoryYou know the feeling when you think you understand math and then sud...
sponsored by

Regional dialects are called hōgen (方言) in Japanese. On the other hand standard dialect is hyōjungo (標準語). Those who study Japanese will mostly encounter the standard dialect. This is sort of the official language used in education, business, media and basically everywhere. Regional dialects might appear here and there, but if one wants to work in Japanese doesn’t necessarily has to know Okinawan words. Actually, even native Japanese people don’t understand every single word from every single dialect, but it doesn’t mean a foreigner can survive without any hōgen knowledge at all. Who knows which prefecture you will work in, not to mention the international language exam, JLPT where dialects might appear on higher levels. Now, let’s see the categories of the dialects!

Japan consists of four main islands, eight regions and forty-seven prefectures, which means there are plenty of dialects. You can see differences even between cities, but we don’t have to dig so deep for the time being, it’s enough to know the most important hōgens. I will introduce the division based on the work of Kindaichi Haruhiko, a Japanese linguist. 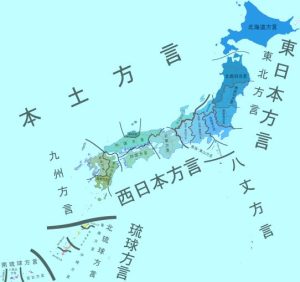 We can divide dialects into three big groups: West Japan (西日本), East Japan (東日本) and Kyūshū (九州). This last one is the most southern main island.

In West Japan we distinguish Kinki (近畿) and not Kinki (非近畿). This region is called Kansai in other name. We see more sub-categories within, for example Hokuriku (北陸) in Kinki or Aichi (愛知) not in Kinki.

East Japan can be divided into three parts: east, north and Hachijo-jima (八丈島), which is a volcanic island on the Pacific Ocean. There are many sub-categories here as well, mainly the prefectures.

To have a better understanding about the characteristics of the dialects, the easiest way is to see some examples. I won’t mention every dialect and pick the smallest differences, but I’ll cover the most important hōgens.

Some explanation: if we talk about a dialect in a region we add a 弁 (ben) suffix, like this: Osaka-ben (大阪弁)

We can sense the influence of the ainu (ethnic minority of the region) in the two most southern parts of Japan. About conjugation: vowels at the end of the words get shorter, for example でしょinstead of でしょう. Furthermore, there is the ～べ particle that doesn’t change the meaning of the sentence significantly, but it gives a sense of assumption. For example: さぁ、次の課題でもやるべぇか (Saa, tsugi no kadai demo yaru beeka – So, let’s move on to the next example, shall we).

In the vocabulary, which means to throw (投げる nageru) in standard dialect means to throw away (捨てる suteru) on the North. Plus the diminutive suffix of small animals is not on the beginning but the end of the word; うまこ (umako – calf) instead of こうま(kouma).

Considering the fact that Tōkyō can be found in this region, this dialect affects the whole Japanese language. This is the one most foreigners understand, but a characteristic is the vowel merger at the end of adjectives: やばい (yabai) – やべー (yabee),  熱い (atsui) – あっち (acchi). The ～べparticle mentioned above is part of Kantō dialect too.

If one hears the term dialect in Japanese relevance, they will most likely think of Kansai dialect. This is the most significant, most known besides the standard one, used in cities like Ōsaka and Kyōtō. Japanese is a very elegant, polished language, whereas Kansai-ben is the language of the comedians. A lot of humourists live in Ōsaka, so if one knows a little about this dialect, smiles unconsciously when hearing a Kansai expression.

However, this is the reason some finds those who use Kansai-ben ordinary even vulgar. Of course, it’s not the native Kansai people’s fault, they speak with pride and use expressions such as アホ (aho – idiot) ほんま (honma – really) or どないしたん (donaishitan – what’s the matter). There are translator programs specialised in Kansai-ben and we can find online dictionaries as well. There are many differences in the conjugation too. I created a chart to make it easier to understand.

A whole language course could be held about Kansai-ben, but I’m not diving so deep, only showing a few examples:

The most southern dialect is considered the cutest one of all. Fun fact about vocabulary, the verb to repair (なおす- naosu) is used as to tidy (片付ける – katazukeru) in standard dialect. And to make things more confusing, what means to go (行く iku) in hyōjungo, means to come (来る kuru) in Kyūshū. A characteristic sentence ending is the ～ばいparticle that puts an emphasis on it. Another particle shows why this dialect is said to be the cutest one; ～っちゃ at the end of the sentence, especially from a young girl’s mouth sounds extremely かわいい. For example if we say: ここのラーメンはおいしいっちゃ (Koko no raamen ha oishiiccha –The ramen here is really yummy).

Last but not least, the dialect of the beautiful Okinawa Island.

Ryūkyū used to be an independent kingdom until the 19th century, when it became Japanese territory. No surprise then, why it is such a unique dialect. If you hear an Okinawan text your first thought might not be that it’s Japanese. The vocabulary as well as the conjugation is so much different than the standard dialect. The many many long vowels, even the name Ryūkyū-ben is called うちなーぐち (uchinaaguchi).

Even terms such as こんにちは sound different in Okinawa, はいさい (haisai) from a man, はいたい (haitai) from a woman.

Lastly, I attached a chart with a few Okinawan expressions which makes it clear how different this dialect is.

Even though Japan is such a homogenous population, the language has much uniqueness in each region. Some of you might see it as a difficulty in your studies, since standard dialect itself is already complicated enough, and now you have to remember all the regional expressions, particles and conjugation. Other, on the other hand might enjoy exploring the beauty and diversity. In any case, it’s highly recommended to learn the hōgen, even if Japanese people can’t use all of them either, you can always show off how educated you are. Good luck with your studies!

Lifesaver guide with template: How t...