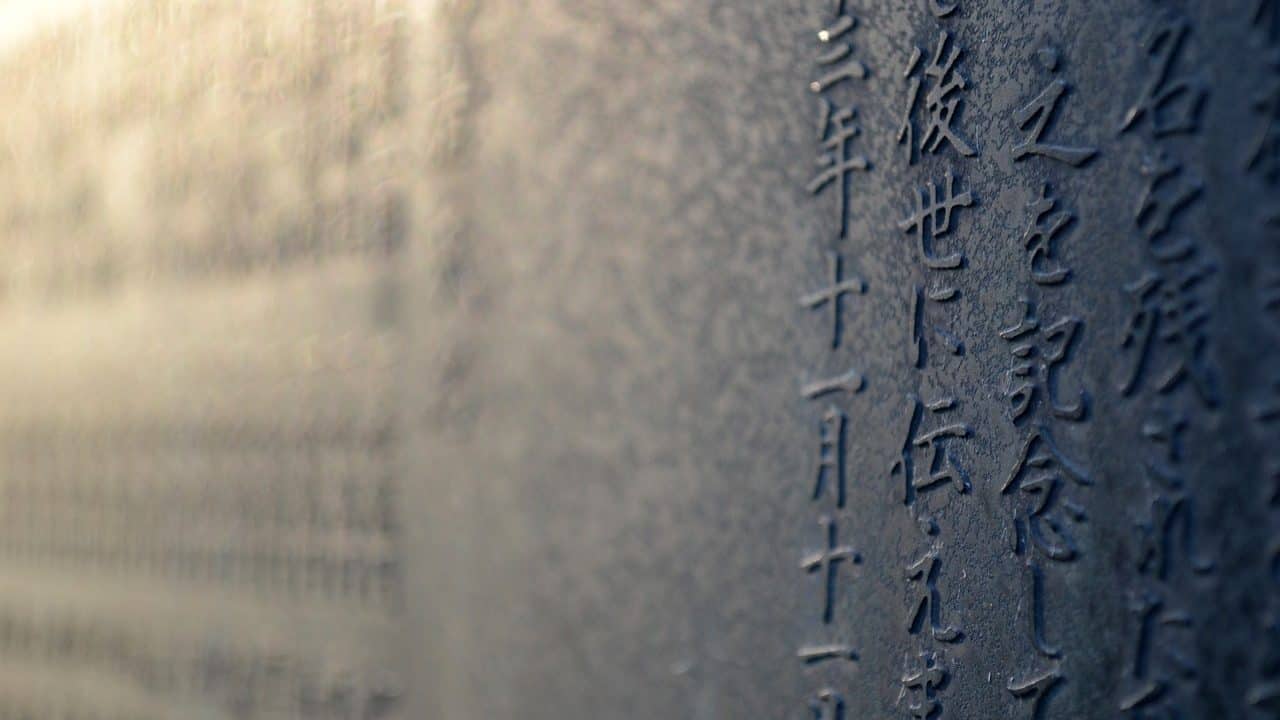 I’m always fascinated by how expressive Japanese language can be. You think you can speak pretty well and communicate with natives without difficulties, and then you encounter a grammar that opens a whole new world for you. At least that’s how I felt when I first learned the four kanji expressions, yonjijukugo. But what is this grammatical category that is so difficult to implant to other languages?

Japanese language uses a symbolic writing so it’s easy to hide a deeper meaning behind a few characters. Yojijukugo is exactly this; four kanji that mean something specific together. Maybe this name sounds unfamiliar, but I’m pretty sure you’ve already heard them if you’ve been learning Japanese for a while.

In most cases they imply something wise, but of course there are a few common phrases too such as the four seasons: 春夏秋冬 (しゅんかしゅうとう). This grammatical category is so rich there are hundreds and hundreds of yojijukugo, but of course even native speakers don’t know all of them. However, it’s worth talking about them since they can appear in daily conversations as well as your job search. This latter one might sound strange, but Japanese job searching is quite specific, you have to prove not only your academic background but also your common knowledge. In quizzes like this you might encounter yojijukugo. So let’s see the most common phrases!

If you want to read more about Japanese language, make sure to check these articles out:

Almost everyone is familiar with this expression, right? It sounds the same in English too. Two birds with one stone.

If I wanted to use one word for the meaning of these four kanji I would say telepathy. It means two hearts are in different bodies but they still have a strong connection and convey thoughts or feelings to each other. Does it sound familiar? When you think of the same thing with someone or even say it at the same time. That is 以心伝心.

“Falls seven times, stands up eight times” says the literal translation. Even if you fail and things just don’t work out you still don’t give up and keep fighting. A persistent, tough person who is not easy to confuse is the meaning of this idiom.

This means you forget about yourself so much you don’t even realize what you are doing, basically you lost control over yourself. For example, you don’t notice that you are running to a traffic pole.

Everyone is different, everyone has their own methods, way of thinking, as this Japanese saying goes: ten people, ten colours.

Most of us have heard this phrase, maybe with the verb 頑張ります (がんばります). You can hear it in anime, movies and manga when the hero dedicatedly ensures everyone that he will fight till the end and never give up.

It’s easy to understand this one given the four kanji. Sun and improvement, moon (month) and progress. A steady process has its result. But this result might come suddenly. This expression is often used for scientific or technical development.

This yojijukugo might be the opposite of the one before, since it means “one day, one step”. You don’t need to rush, just take it easy and you will reach your goal anyway.

Japanese way of thinking is significantly influenced by zen and other Buddhist philosophies; how we should cherish the moment. This idiom means a special encounter, that happens only once in a lifetime. And that is exactly why you should treasure it.

“You reap what you sow”, but this phrase refers especially to hostility. If you are mean to others, the same will happen to you. Evil deeds have bad consequences.

Short translation: fast as lightning. The first two kanji refers to electric light (lightning) and the second two to the fire you make with a flint. Both inflame quickly.

As I mentioned in the beginning of the article, some of the yojijukugo are very hard to translate with a few words, so we have to use a proverb. This one means “the sun always shines above the clouds”, or more precisely:  “over the clouds the sky is bright”. Whatever bad thing happens to us now, it doesn’t last forever, and if we are patient enough, clouds will clear up and we can enjoy the sunshine.

Fresh water from an old well; you can learn something new from the past. A really wise person learns from previous events what happened to them, and make a good use out of them.

I’m pretty sure most of us know what this yojijukugo says, even if we don’t know it, we have experienced it. A bad news can travel fast as wildfire. By the way 里 is a Japanese measurement, approximately four kilometres. So this idiom means “bad thing, four thousand kilometres”.

The yojijukugo before were mostly proverbs and idioms, but as I said in the introduction, it’s not always the case, some of them only refers to one word. And not always a sublime one, for example 意識不明 means unconsciousness.

This one is really hard to translate to English. Basically, it means when you answer your own questions. It might be pondering or meditation, or when we have a nice conversation with ourselves about the world.

Even one grain of rice can make a big difference, as we have learned from Mulan. Japanese people really value small things, they are patient and trust the process. Harvest starts with one seed, we should not underestimate something or someone that looks tiny and weak, they might surprise us.

Maybe this one is even closer to the meaning of “you reap what you sow”. We have to bear the consequences of what we have done, and we have to pay for our mistakes. You get what you deserve.

I wish it was this easy to put all the emotions into one word. But basically the most important ones are included in these four kanji: joy, anger, sorrow and pleasure.

It’s so magical when a big crowd keeps together. When hundred mouths are moving but the voice is one. They say the same thing in sync. “Different mouth, same voice”. This expression is used when a lot of people say the same, but also when a big group has the same opinion.

As we can see, Japanese language always has some surprises and excitement for us. The examples I mentioned are not even close to the number of yojijukugo existing, since there’s at least ten, hundred times as much as this. But it’s already a good start and I hope you find yojijukugo interesting after this article. It’s a bit hard for us, non-native speakers to feel the four kanji idioms since we don’t have such a category in our languages (most probably), but it’s not impossible to understand them, and definitely not to learn them.

Japanese idioms to stand out in dail...