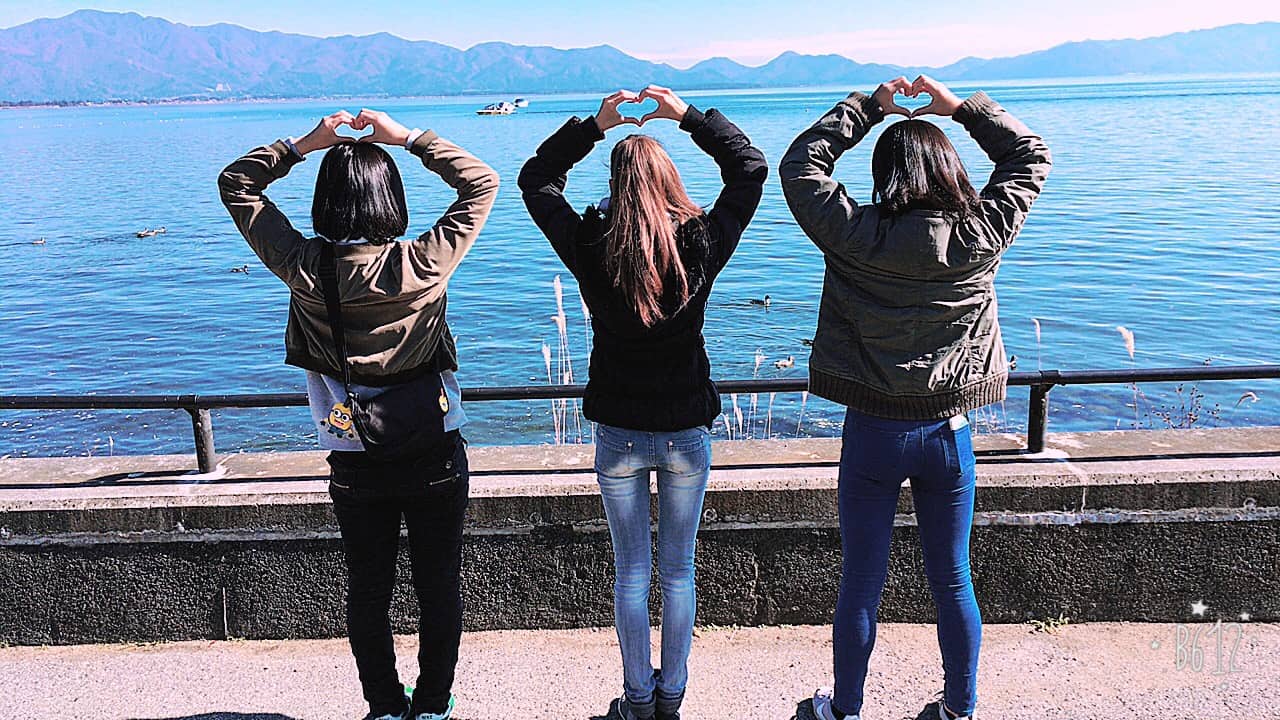 Japan is a very special country; no matter how much you learn about it, how long you live there, you’ll never comprehend perfectly. It’s only natural since it’s a completely different culture. Of course it doesn’t mean there are no similarities. In a previous article we shared the story of Evi, who spent one month in Japan as a high school student. Now we continue, and present the cultural differences that Evi finds important to highlight. The article is written from her perspective.

There were some problems right in the beginning after we arrived to Osaka. Those who spoke Japanese well were viewed as if they could communicate without difficulties, and they talked in a dialect (Kansai-ben) with us. Therefore it was hard to understand what they said. Not to mention the body language. When Japanese call someone to come closer they show a completely different gesture than Westerners, and I didn’t really get what they meant. Also interesting to mention that everyone wanted to talk in English to me even though I told them I speak Japanese better. The teachers and the organizers in Osaka as well. Maybe they wanted to practice the language, but at that time I didn’t really speak English well so it was very inconvenient for me.

I didn’t experience a real shock during my stay. Of course more time should have passed for that, still there was something that kept reminding me that I’m far away from my home; the food. Interesting, even funny that neither the way of thinking nor behaviour of Japanese caused as much trouble as the fact that I don’t like seafood. Japanese people eat a lot of fish and the first five days in Osaka were filled with it. Furthermore, we were forced to eat everything. My stomach didn’t appreciate it much… Luckily, meals changed with my host family, but if we can talk about culture shock, I would say the food was it.

Earlier I said food was the biggest issue, but it doesn’t mean our way of thinking was the same. I’d mention the students’ mentality first. If a European pupil doesn’t get the grade on the test they expected, they blame the teacher. I experienced the opposite in Japan. Students usually looked for what they did wrong.
Other interesting thing was the shoganai mentality. Shoganai means “there’s nothing to do about it, it can’t be helped”. It was interesting to see how the students tried to avoid conflict, and they didn’t really raise their voice even if they all agreed a situation was unfair. Once we played a ball game and one team chose all the members of the basketball club for themselves. The other team, of course felt it’s pretty uneven, but only one girl dared to speak up. The others tried to stop her, and admired for her strength and courage afterwards. 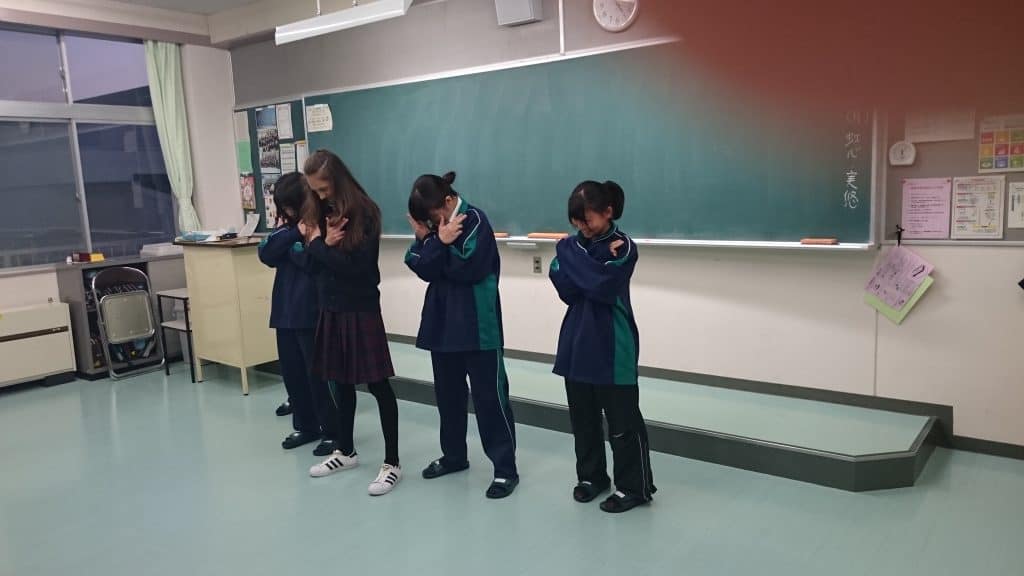 Since the students spend a lot of time together at school, it’s natural to have a close relationship in the class. Of course I encountered small groups within the class, but it’s no surprise among thirty youngsters. But there was a custom in the class to celebrate each other’s birthday.  They didn’t throw a big party for everyone, but they wrote “Happy Birthday” on the black board, sang a song for the birthday kid and put the presents on the teacher’s table. I felt coherence and that they can work together much more than in Europe.

My club didn’t have a really close community, almost every member went to a different class, we had different schedules so we didn’t have much opportunity for team buildings. We didn’t have a leader for the club, a hula dancer sent videos, and the older girls learned and taught us.

The biggest surprise for me was how boys and girls treated each other. It seemed quite childish to me, they hardly ever talked to each other. I even saw once that a boy and a girl refused to hold hands during a game. It was very strange to me.

I found the relationship between teachers and pupils very interesting. The teachers know their students in some extent, their background, what they like, what they hate, but it’s hard to say how honest and profound it was. In this sense the relationship was more direct than in Europe, where it’s pretty common that teachers can’t even remember the name of the student. I didn’t really experience intimacy, but neither a fight between the generations. The teachers didn’t misuse their authority but the students didn’t trespass either. For example, once a teacher took us to the city hall with his car and it was a very fun journey, we laughed a lot and were so loud. The students didn’t hold back at all in the adult’s presence and that surprised me very much.

As I mentioned, Japanese teenagers spend most of their time in the school. It’s difficult to adjust classes, club and extracurricular activities with private life, so they make most of their friends in these scenes of life. Not to mention juku (塾) that almost every student attend to. This evening school prepares them for the college/high school entrance exams, and those who take their studies even just a little seriously, go to this tutoring. They don’t have much time rest, and in most cases they hang out with friends in McDonalds… studying. It’s a bit different at the weekends, they go to karaoke, the mall, amusement park, and there are close friendships of course, they just don’t always find the time. But they try at least.

It’s no surprise after explaining the connection between boys and girls how slowly romantic relationships evolve in Japan. One girl told us that she’s been dating her boyfriend for six month already, and when I, the straightforward foreigner asked how far they’ve got, she said they hold hands differently and they kiss each other on the cheek. Of course not every couple is like that, but the girl also told us it’s pretty common in Japan for couples to proceed so slowly. If they go to different schools they usually go on a date once or twice a week, the programs are similar to Europe; cinema, café, etc. I felt they didn’t put much importance on looks, the girl said her boyfriend is not the most handsome boy she’s ever met, but he’s very kind and reliable, and that’s why she’s with him.
As long as the relationship is not serious (and it takes a very long time) they don’t introduce their partner to their parents. They don’t hang out with their partners’ family, although the parents know the existence of the partner. The dating culture is completely different from Europe where it’s not uncommon to go on a trip with the partners’ family, and they usually attend the Christmas dinners as well.

Even though I had two different host families I can say in general the person who holds the family together is the mother. Fathers work until late night, leave for work early in the morning, so even if they wanted to they didn’t have enough time for their children. They have a much more distant relationship with their family, they are the typical bread-winners who don’t take much part of raising the children, but in return when they are at home everyone should serve them and treat them specially. Mothers are really family-centred, they take the children everywhere, lead the household with all the finances, fathers usually have no word what the money is spent to. I’d like to add that, of course the situation is not so dramatic, Japanese people do organize family trips or spend the weekend together going to a restaurant, do sport or something. On the other hand, I’m wondering how they behave when they have no guests.
The relationship with the mother is much more honest and intimate and chances are it lasts until adulthood. For example in one of the families the little brother had a girlfriend, and only the mother knew about it at the beginning.

I found many examples for similarities and differences as well. Of course I don’t say every Japanese person is like the ones I met, and maybe an other Westerner would have a completely different opinion than me. It’s up to the person whether they find differences positive or negative. At any rate, it was a very exciting experience to peek so deep into Japanese culture, and I think I learned a lot about the country.

How difficult is it for a foreigner ...

How can I meet Japanese people? Tric...